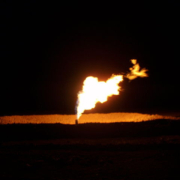 It’s always a big deal when a small state like North Dakota (population 762,000) is featured in a book that’s reviewed in the New York Times. Michael Patrick F. Smith’s The Good Hand: A Memoir of Work, Brotherhood, and Transformation in an American Boomtown opens on an oil well site near Williston, North Dakota in the spring of 2012. It’s his fifth day on the job and Smith is asked at a “safety meeting” to sign a paper. He asks an innocuous question and his boss says, “And when I hand you something, don’t ask any questions. Just fucking sign it. And smile.” Smith smiled and signed it. I was hooked.

I read The Good Hand in one huge gulp, all 478 pages, on a red-eye flight and I loved it.

When I stumbled off the plane, I was furious—not at Smith, whose book about his time as an oil field worker living in and working in the “boomtown” of Williston is beautifully written and researched. I’m mad at the politicians who allowed oil companies to use human beings as though they were disposable appliances in a wild rush for money.

The Good Hand’s central themes revolve around the mayhem, money, and men that Smith encountered during his 15 months or so of living and working in North Dakota during the peak of the Bakken oil boom. This boom arose when oil companies realized that they could tap a huge oil field (the Bakken formation), miles underneath the pristine North Dakota prairies by use of hydraulic fracking and horizontal drilling. In the spring of 2012, 217 oil rigs were punching oil wells in a frantic attempt to secure oil rights before the terms of the oil companies’ leases expired. Each rig employed (in various capacities) over 100 workers. Smith was one of those workers and he aspired to be known as “a good hand”—someone who knew his job, was reliable, and respected.

Much of the book is consumed with the wretched living conditions that Smith and his fellow workers endured. Yes, the pay was good, but the costs were spectacularly high. Ironically, Smith —who came to Williston from Brooklyn where he held a series of “indoor” jobs like bartender, musician, actor, and office worker—found that Williston rents were higher than Manhattan rents. He ended up paying $450 a month to sleep in a flophouse on a mattress in a living room shared with four other men, and thought it a bargain.

What most shocked me was the danger of the work, and the disregard shown for worker safety.  It is a modern day expose of the miserable working conditions that were tolerated by the oil companies, their many subcontractors and, I’m sorry to say, the state of North Dakota.